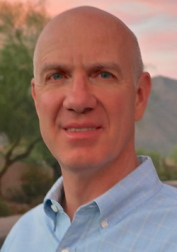 Werner Mischke, D.D. (Hon. Causa), has been serving with Mission ONE since 1992. He currently serves as Interim President and Director of Training Ministries. He is the author of The Global Gospel, and serves as the coordinator of the Honor-Shame Network. He served as coordinator of the Honor-Shame Conference at Wheaton College, June 19–21, 2017. Werner has had the privilege of teaching classes, workshops and seminars about “Honor, Shame, and the Gospel” in India, Lebanon, New Zealand, Spain, Thailand, Turkey, and the United States. He has conducted webinars about honor-shame for Missio Nexus and visionSynergy.

Werner’s book, The Global Gospel (published in 2015) has placed him into the global conversation concerning honor-shame and the gospel—especially among mission leaders and cross-cultural workers. His blog is: wernermischke.org.

Mission ONE’s other mission-training resources (produced by Werner Mischke) include: 1) The Beauty of Partnership, a six-week curriculum to help you lead your team to gain the skills for healthy cross-cultural partnerships; and 2) Operation WorldView, an eight-session video-based study series inspired by the Perspectives™ course.

Werner has a long-term special relationship with Mission ONE’s partner in the Middle East—where Arab nationals are building a network of house churches through holistic ministry among various Muslim peoples. Werner’s experiences there have led him into a passionate pursuit of understanding the pivotal cultural value of honor and shame in Scripture and the cultures of the Majority World.

Werner’s book is THE GLOBAL GOSPEL: Achieving Missional Impact in Our Multicultural World.  The singular issue which this book addresses may be defined by posing this question: How can the honor/shame dynamics common to the Bible and many Majority World societies be used to contextualize the gospel of Christ in order to make it more widely understood and accepted? Werner’s journey for The Global Gospel began in 2009 in Lebanon. Since then, he has been reading, researching, training, and developing resources about honor/shame for the missions community (resources available on his blog website). His writing project for The Global Gospel began in earnest in February 2013.

As Director of Training Ministries for Mission ONE, Werner uses his gift for taking complex ideas from various sources and putting them together into a cohesive whole which in a way that is both beautiful and more easily understood. He has served as writer, editor, designer, and/or producer of three resources to equip followers of Christ for cross-cultural missions engagement:

From 2004–2015, Werner served on the Resource Team of COSIM (Coalition on the Support of Indigenous Ministries)—a fellowship of evangelical organizations with a common interest in the support and development of majority-world ministries. Werner  contributed significantly to the design of COSIM’s annual conferences.

Currently living in Scottsdale, Arizona, Werner and his wife Daphne are members of Scottsdale Bible Church, where Daphne serves as a teacher in the Special Needs Ministry. Werner has also been a student at Phoenix Seminary in their Intercultural Studies Program. Werner and Daphne have two adult sons and two grandchildren.